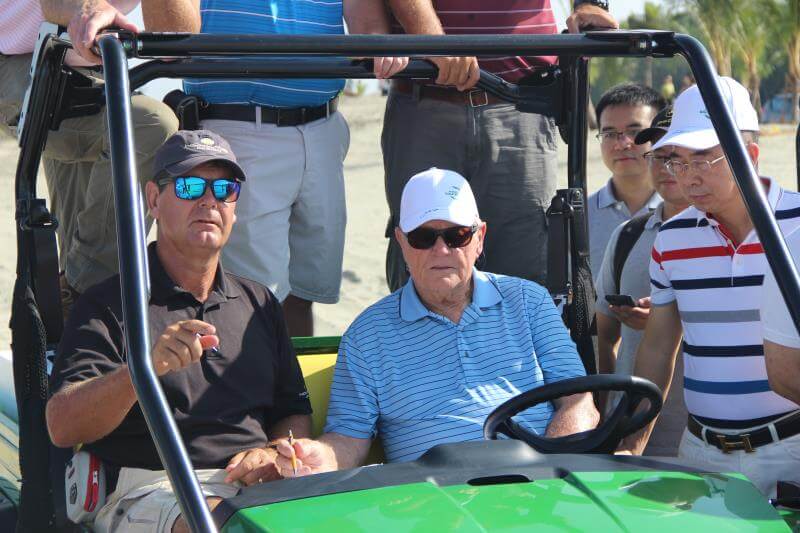 Nicklaus Design is one of the largest course designing offices. The first course designed by Nicklaus, Harbour Town Golf Links, has been launched into use in 1969. In the early years, he usually cooperated with such world famous course designers as Pete Dye or Desmond Muirhead in his works. Glen Abbey Golf Course, sited in Oakville city, Ontario of Canada, is the first work designed independently by him and was completed in 1976. This course held Canada Golf Opening Games for many times [29]. So far, Nicklaus Design Office is under the management of his four sons, one son-in-law and himself. Up to the end of 2005, this office has designed 299 golf courses worldwide which account for 1% of global golf courses (according to the statistics conducted by Golf Digest in 2005, there are about 32,000 courses in the world with almost half of them sited within US).

Jack William Nicklaus, known as “Golden Bear”, is one of the most successful professional golfers in the US. He had dominated golf for more than 25 years in his career. In recognition of his achievements, the Royal Bank of Scotland issued about 2 million Jack Nicklaus £5 notes in 2005. Besides Elizabeth II–the queen of England and the Queen Mother, Jack Nicklaus is the only person who was chosen to feature on banknotes when he is still alive. Therefore, he was named “Golfer of the Century” or “Golfer of the Millennium” by almost every major golf publication in the world. 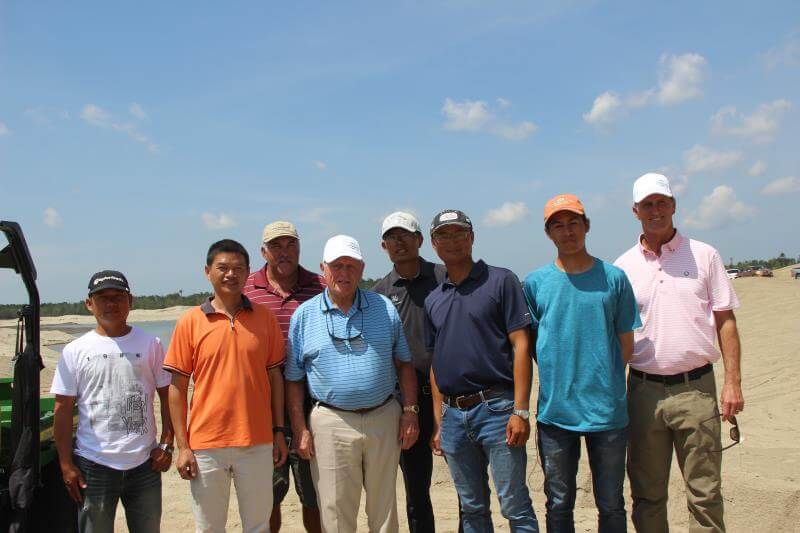 In November 2005, Jack Nicklaus was honored by President Bush at the White House with the Presidential Medal of Freedom, the highest honor the Office of the President can award any U.S. civilian.
Jack is one of only two golfers to receive both the Presidential Medal of Freedom and the Congressional Gold Medal, and one of only 16 individuals in history to receive both honors.Jack has been involved in the design of close to 300 courses open for play worldwide, and his thriving business, Nicklaus Design, has almost 410 courses open for play around the world. Nicklaus Design courses are represented in 41 countries, 39 states, and no fewer than 140 Nicklaus Design courses have hosted close to 900 professional tournaments worldwide or significant national amateur championships. As many as 100 Nicklaus Design courses have appeared in various national and international Top-100 lists.

Jack Nicklaus II, the oldest of Jack and Barbara Nicklaus’ five children, has followed in his father’s footsteps in many ways. At one time, Jack II pursued a career in professional golf, and now he has established himself as one of the golf industry’s brightest course designers. Jack II turned his passion to golf course design in the late 1980s. He has since emerged as one of the most talented golf course designers of his generation, whether it is on solo projects or co-designs with his father. Jack II has received numerous accolades for his design work, with his design work spans 10 countries. Numerous Jack II designs or co-designs have hosted Tour or professional events.